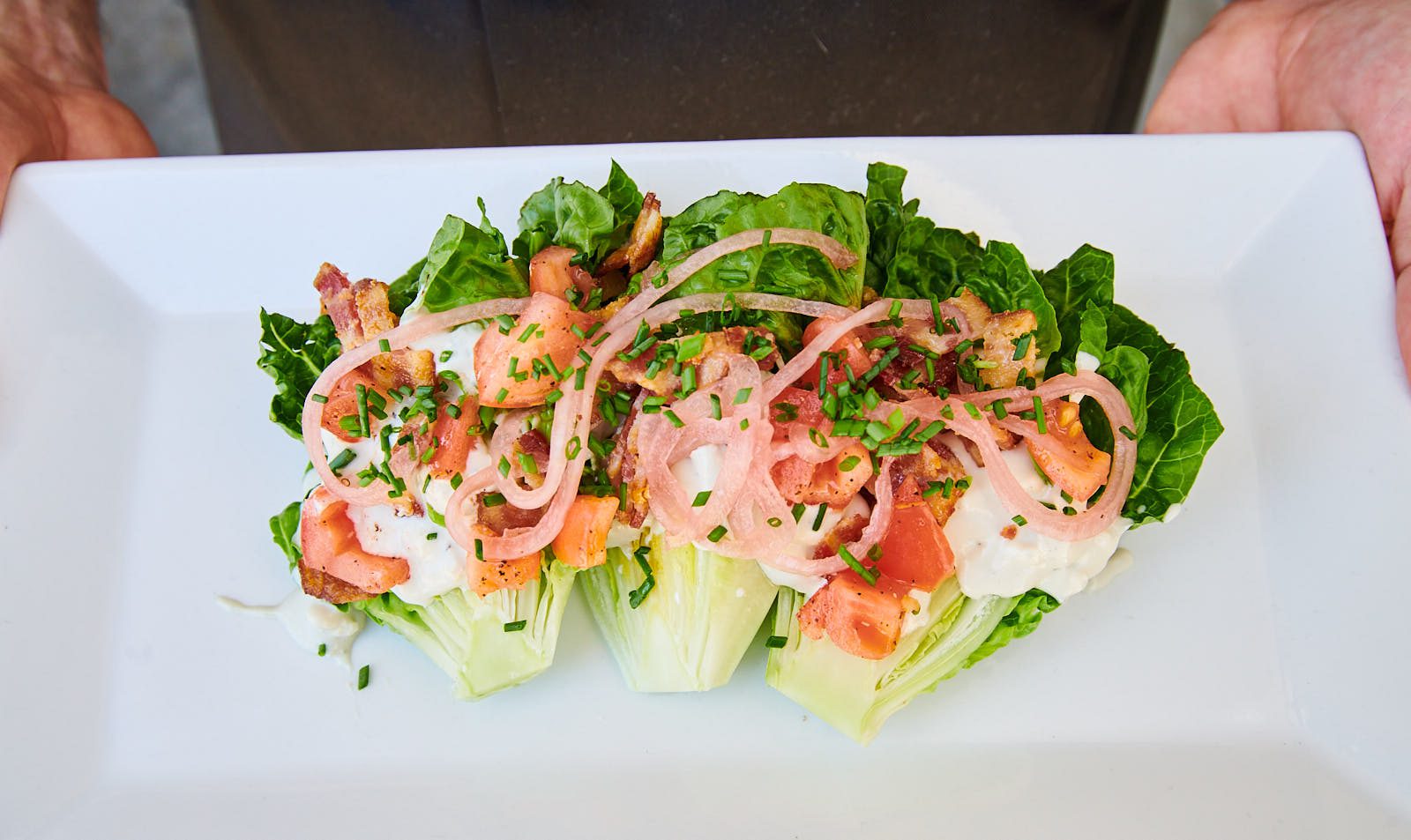 Celebrated chef, restaurateur, food scientist and innovator Jimmy Schmidt draws inspiration from the bounty of the American Larder and its local environs to create the contemporary American cuisine at his signature restaurants overtime, principally in Detroit and Palm Springs. Sourcing the best local products grown and raised responsibly, he focuses on traditional cooking methods – such as open grilling, slow roasting, braising, pickling and curing – to create deliciously intricate yet simple, rustic dishes, that areas nutritional sound as tastefully stimulating.

A Pioneer in America’s culinary movement towards sustainable cooking and farm-to-table dining, Schmidt founded Chefs Collaborative in 1991, the nation’s leading nonprofit chefs organization devoted to fostering a sustainable food system, and was one of the original board members of The James Beard Foundation. He was also a founding member of Share Our Strength® in Denver, the national organization dedicated to making sure that no child in America grows up hungry. He has also donated his time to Citymeals-on-Wheels, participating in fundraising events in New York City and Wolfgang Puck’s annual American Wine & Food Festival in Los Angeles.

He has authored and co-authored several cookbooks, including Cooking for All Seasons, Jimmy Schmidt’s Cooking Class, Heart Healthy Cooking for All Seasons, which he wrote with cardiologist Dr. Marvin Moser of Yale University and chefs Alice Waters and Larry Forgione; and Jimmy Schmidt’s Cooking Class II. Schmidt also wrote a weekly cooking column for Detroit News/Gannett Wire Services that appeared in 200 newspapers across the country.

A native Midwesterner, Schmidt studied electrical engineering at the University of Illinois. While studying abroad in southern France, he decided to stay on to pursue a career in the culinary arts and wine, earning a culinary degree from Luberon College and the French Institut Technique du Vin diploma from Maison du Vin in Avignon. He then returned stateside to Boston, where he continued his culinary education under Madeleine Kamman and graduated magna cum laude and first in class with a Professional Chef’s diploma from Modern Gourmet. Schmidt pursued higher education with YPO through Harvard University Graduate School of Business from 1999 through 2001.

After serving as senior chef at Chez La Mère Madeleine in Newton Centre, Massachusetts, he moved to Detroit in 1977 to become executive chef and executive general manager of the London Chop House. During his tenure there, he was placed on the country’s culinary map as one of the first chefs to win Cook’s magazine’s 50 Leaders in American Food and Wine Awards (which was later renamed the James Beard Awards). He then moved to Denver in 1985 to open his first Rattlesnake Club, for which he was nominated for the James Beard Best Chef Southwest and Best New Restaurant Awards.

Schmidt devotes his time to the science of nutritional product development. The holder of numerous patents, he pioneered protein and fiber bonding to create great-tasting nutritious foods. He is the creator of Life2Go, a “fully functional beverage” that promotes stamina and focus through superior natural nutrition. He has also served as the director of sports nutrition for GM/Corvette Racing and coordinated catering services for the “24 Hours of Le Mans” race in France for 15 years.

Schmidt is the founder and principle of Innovitality Foods “Nutrition by Nature – Innovation by Design” creating foods that you love and that love you back with better nutrition. Deliciously sustainable foods for your body, mind and planet which incorporate the technology he has developed. Innovitality has been a nutritional product development consultant since 1999 that counts Atkins Nutritional, Kraft, ConAgra, Jamieson Pharmaceuticals, ISS Sports Nutrition, MetRx, Nutrisystems and Russell Stover Candies as their clients. They have supervised product development in North & South America, Europe, Asia and Australia.

Additionally, Jimmy has worked with Dr. Marvin Moser (Yale Diet Cardiologist) and Dr. Robert Atkins (NYC Cardiologist & Author) on over 50 products for retail, as well as working with Dr. Steven Gundry (Loma Linda Cardiologist & Author). Schmidt is also the founder of FoodShedExchange.com, a professional food and beverage communication and education platform that enables direct connection to sustainable artisan farmers, fishers, foragers and vintners. With their leading newsletter, journal features and 24/7 trending news feed, they reach Culinarians and Hospitality Professionals weekly. FSX is one of the leading sustainable voices of the industry as well as the most unique transparent virtual marketplace.